Justin Kauffman, craftsman and owner of Kauffman Fine Furniture, was born and raised in northern Indiana. He studied Bible and Religion at Anderson University during which time his love for creating furniture began in the small shop of his wife’s grandfather. He went on to study Old Testament and Biblical Languages at Gordon-Conwell Theological Seminary in South Hamilton, just north of Boston, while he continued to design and build furniture. After completing two master’s degrees at GCTS, he decided to pursue furniture making. He enrolled at the oldest trade school in America, North Bennet Street School, in their renowned Cabinet and Furniture Making department. It was there that he refined his craft, learning about tools, methods, joinery, and design. These skills were taught in the context of traditional 18th century furniture making, but each skill is applicable, not only in the creation of fine period reproduction furniture, but also in the creation of more modern styles which suit more modern uses. Justin now lives and works in Noblesville, IN with his wife, Audra, and sons, Daniel, James, and Joel, where he designs and builds furniture.
Recently, Justin received the “Best in Show Award for Traditional Body of Work” and “Best in Show Award for Traditional Single Piece” at the 2013 Milwaukee Fine Furnishings Show AND Pawtucket Fine Furnishings Show. In 2014, Justin won the “Best in Show Award for Traditional Body of Work” in Milwaukee and won both awards for a second year in a row in Pawtucket. In 2015, Justin did not attend the Milwaukee show but won the “Best in Show-Traditional Body of Work” in Pawtucket for the third straight year. 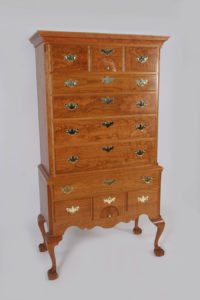 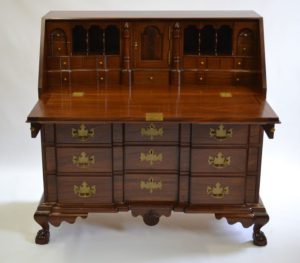 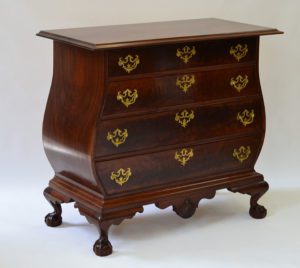 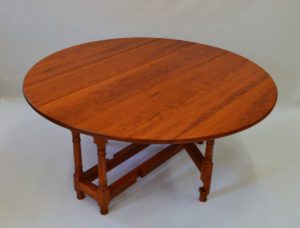 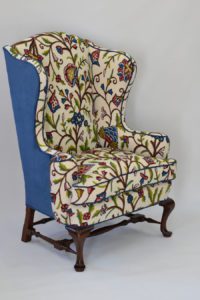